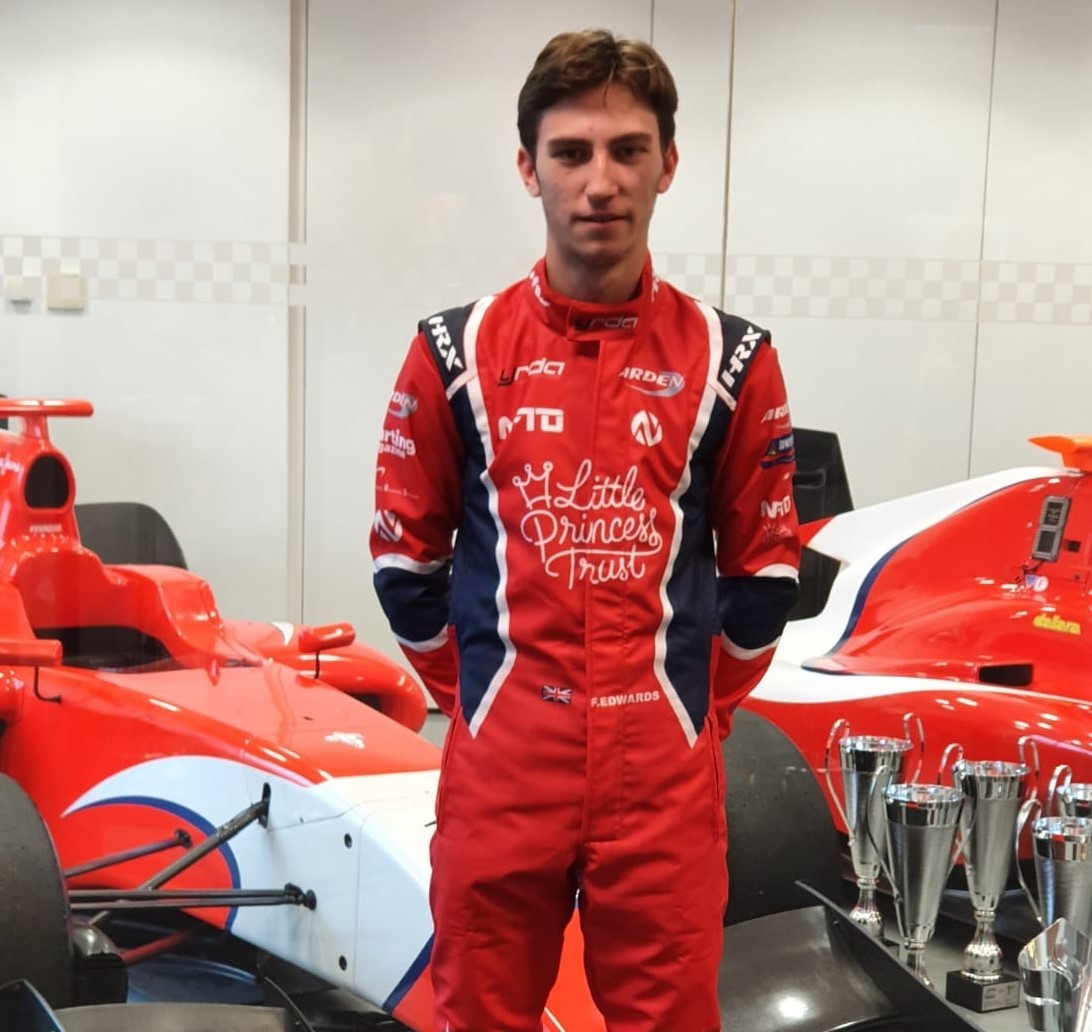 Fergus will wear our logo when he drives F4 car

A teenage racing driver has added the name of The Little Princess Trust to his new racing suit.

Fergus Edwards, who represents the Young Racing Drivers Academy, was already proudly wearing our logo on his helmet.

And now the 18-year-old will raise the profile of our work even more as he speeds around racetracks across the country with the LPT branding on the front and back of the red suit. 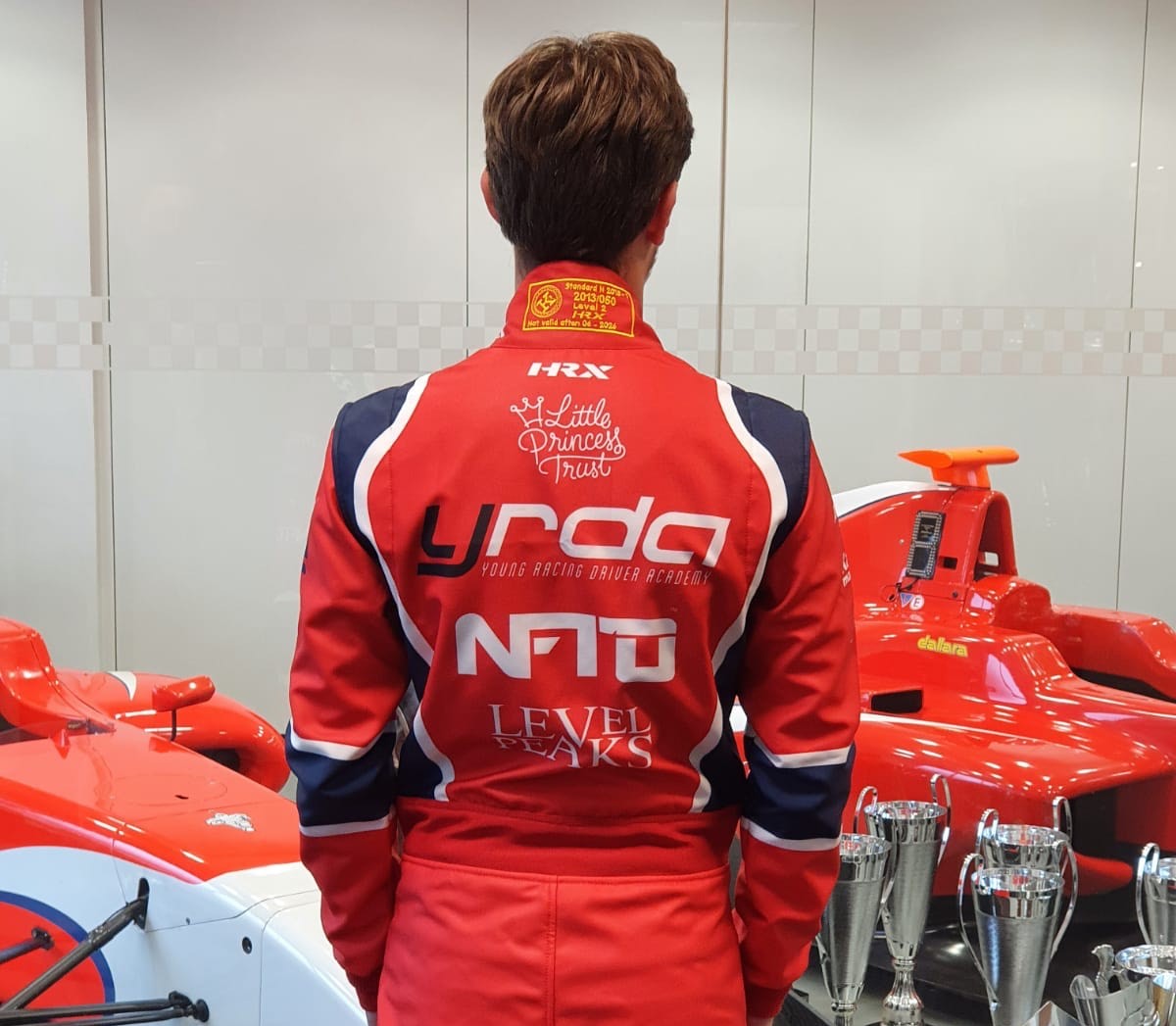 Fergus knows our charity as his dad is a big supporter. Martyn Edwards, who is a stage IV cancer survivor, has raised thousands of pounds for The Little Princess Trust by getting people to dress up and drive vintage vehicles along rural roads in an unusual annual treasure hunt.

Fergus, who will be driving a little quicker than his dad when he tests with Arden motorsport in an F4 car later this year, said he loves supporting a charity that has such a positive impact on the lives of young people faced with cancer. 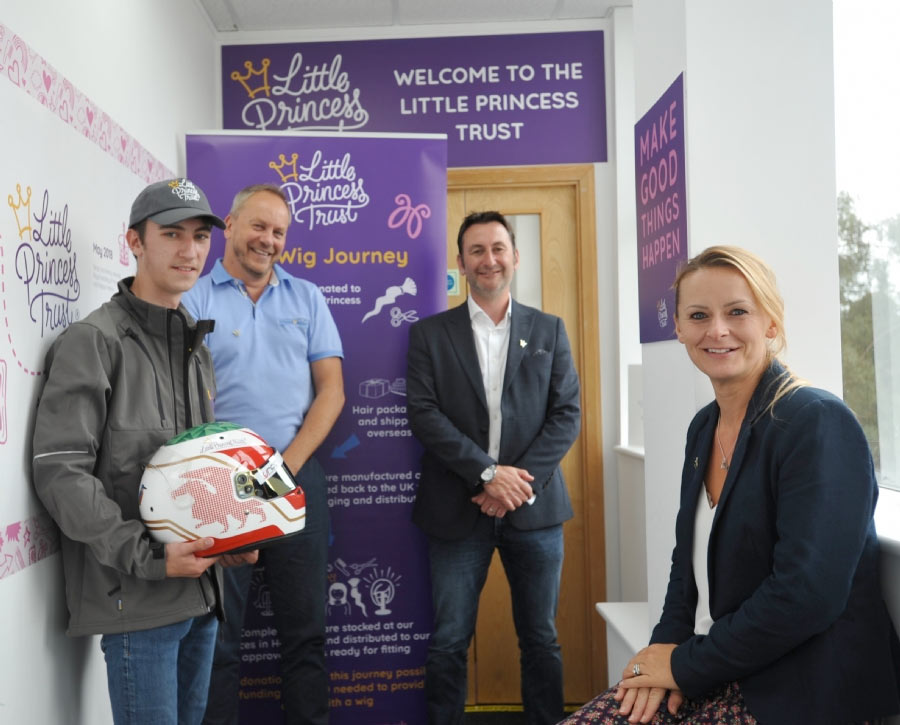 “The charity has no paid fundraisers so I’m always amazed by just how many young boys and girls they manage to help with their free wigs,” Fergus added.

“Plus they also do amazing work funding research into childhood cancers. I'm delighted to do my bit by spreading the word of their work.”