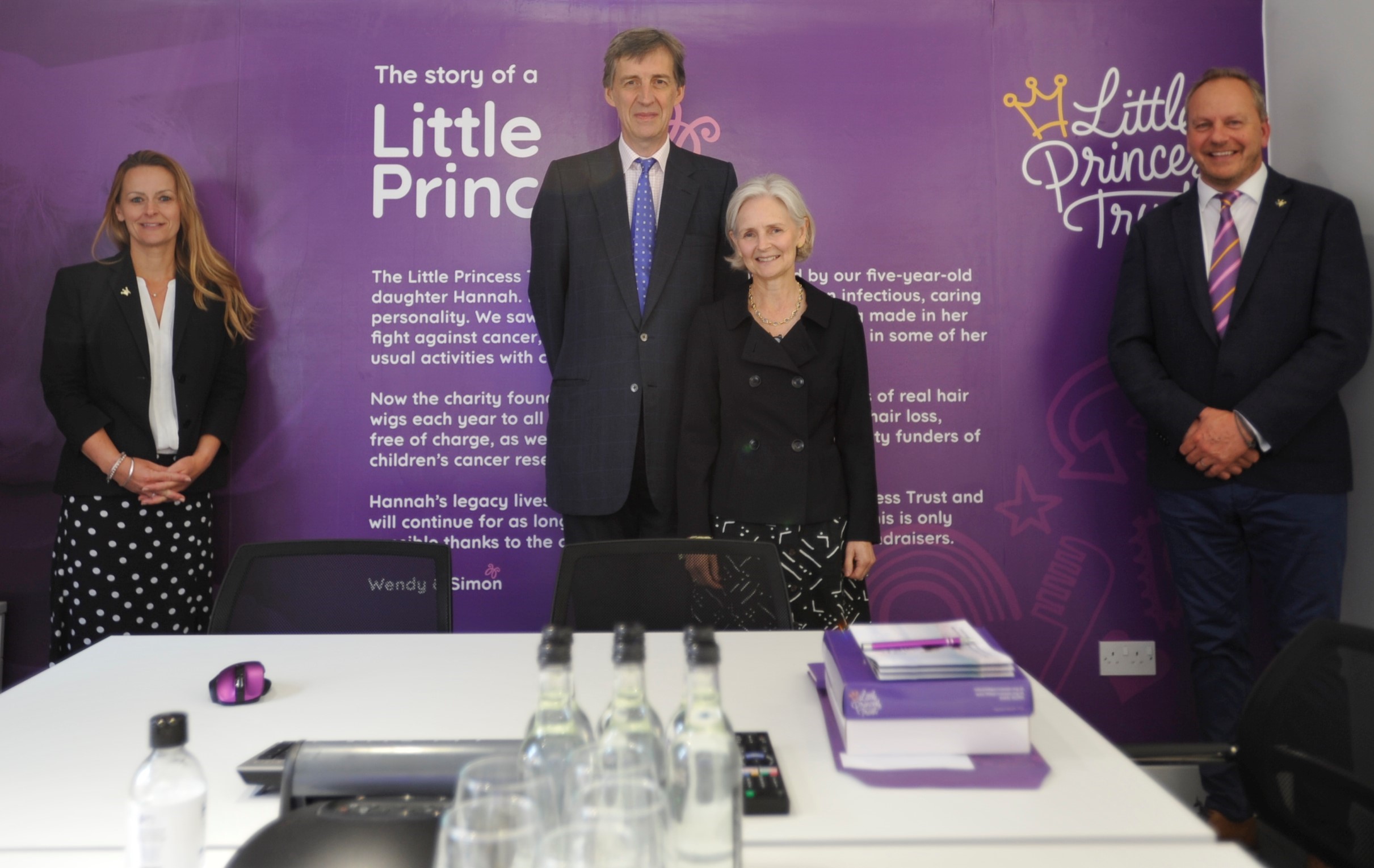 The Little Princess Trust welcomed some very special visitors this week who were keen to see the progress of our new headquarters.

Engineers, architects and builders have now been working at the site for several months - and our new home is expected to be ready to welcome staff and visitors by September.

The Lord-Lieutenant of Herefordshire, Edward Harley OBE, and his wife Victoria were given a guided tour yesterday of the new premises which will be named The Hannah Tarplee Building. 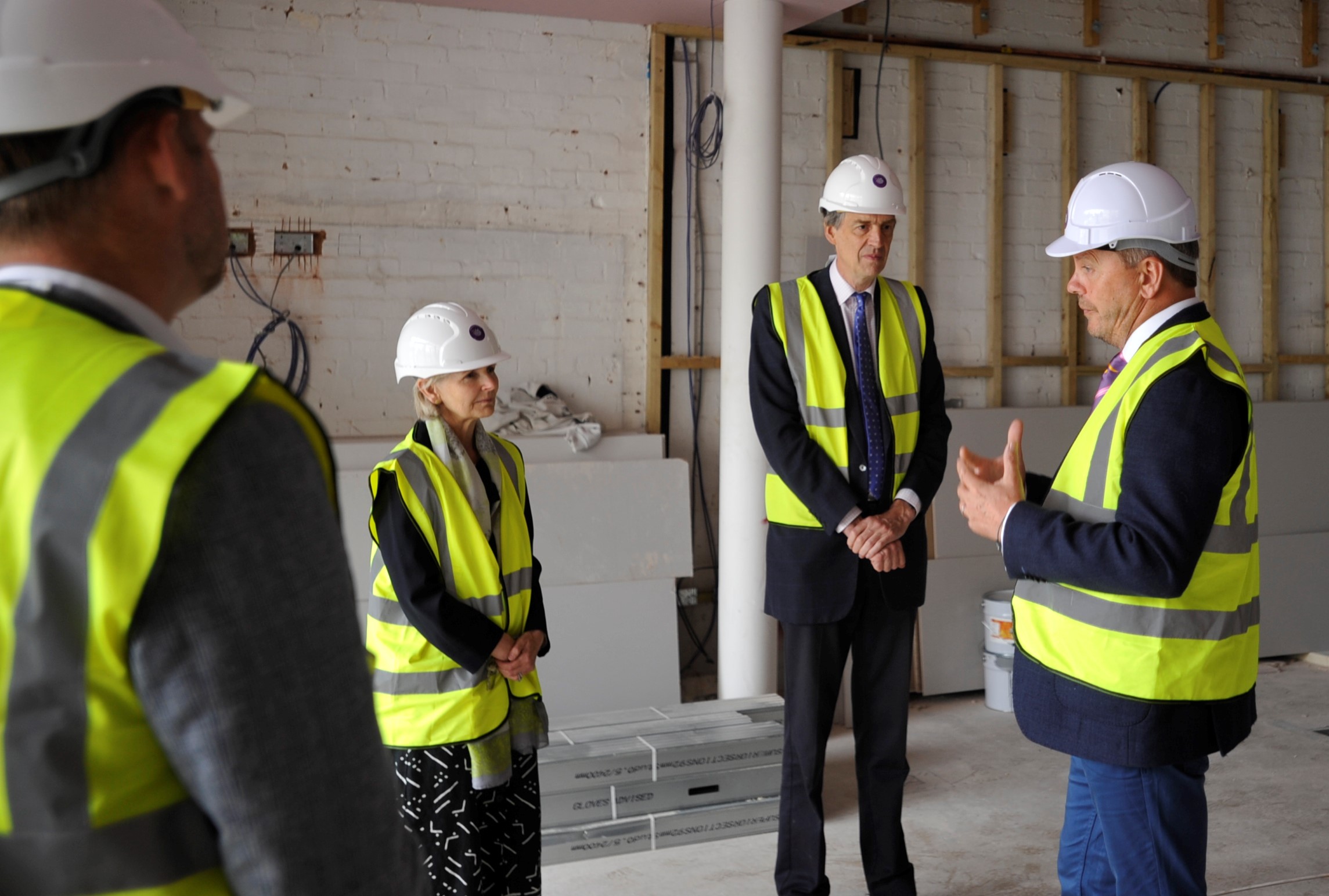 Phil Brace, the Chief Executive of The Little Princess Trust, also welcomed William Lindesay - the Deputy Lieutenant, on the visit and proudly showed the guests what will soon become the charity's new home.

The Little Princess Trust was founded in 2006 in memory of Hannah Tarplee and the new building will act as a permanent legacy to the beautiful little girl.

The new premises will help us to play a much more prominent role within the sphere of childhood cancer research as the new site will have space to host conferences where many of the scientists funded by LPT will give presentations on their ground-breaking work.

Our new home will also house a salon, meaning children can have wigs styled and fitted on site, and a wig-making facility. 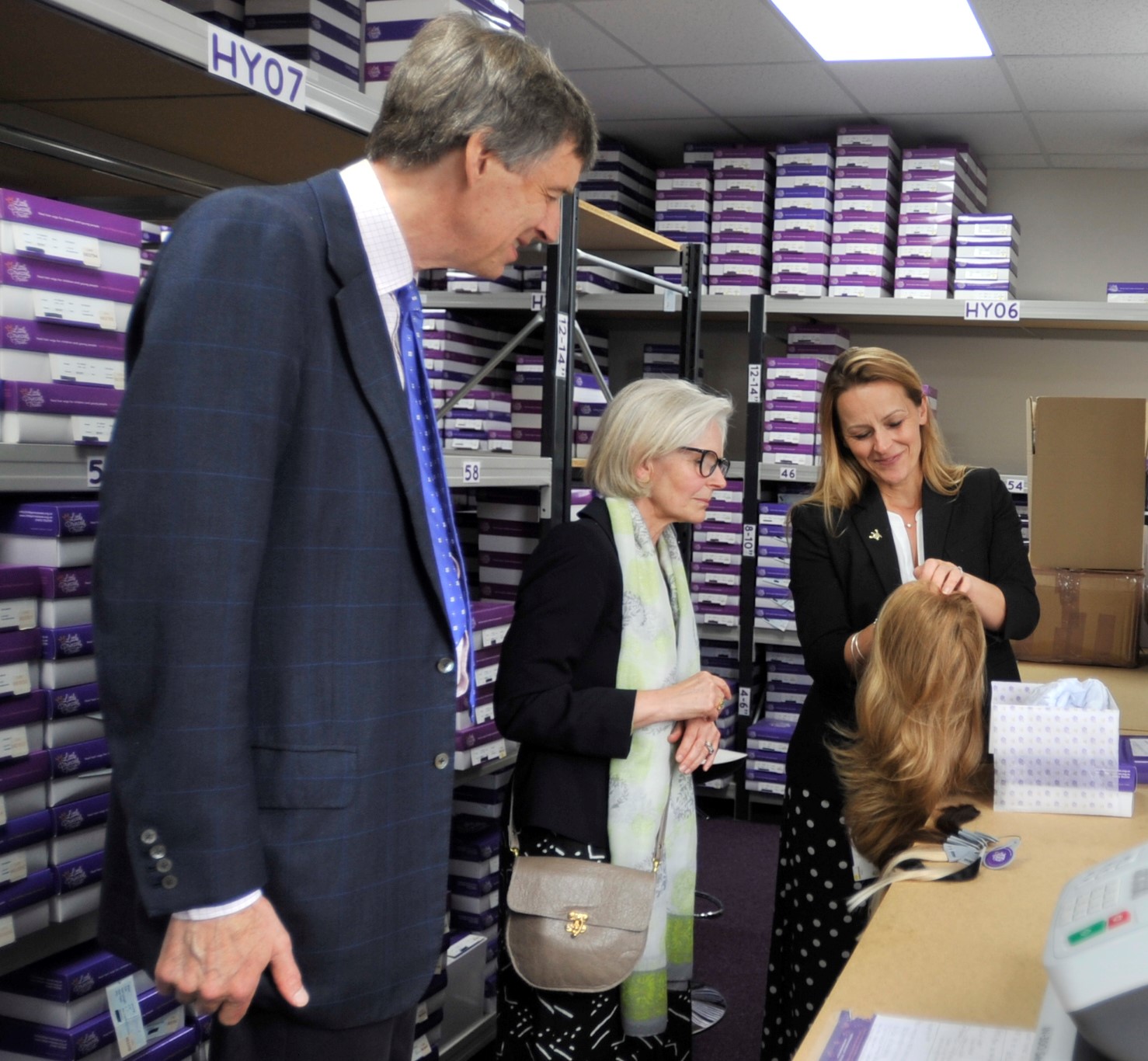 Wendy Tarplee-Morris, Hannah's mother and co-founder of LPT, also spoke to the three guests and showed the visitors the variety of wigs the charity offers when the party called in at LPT's current home at Broadway House. 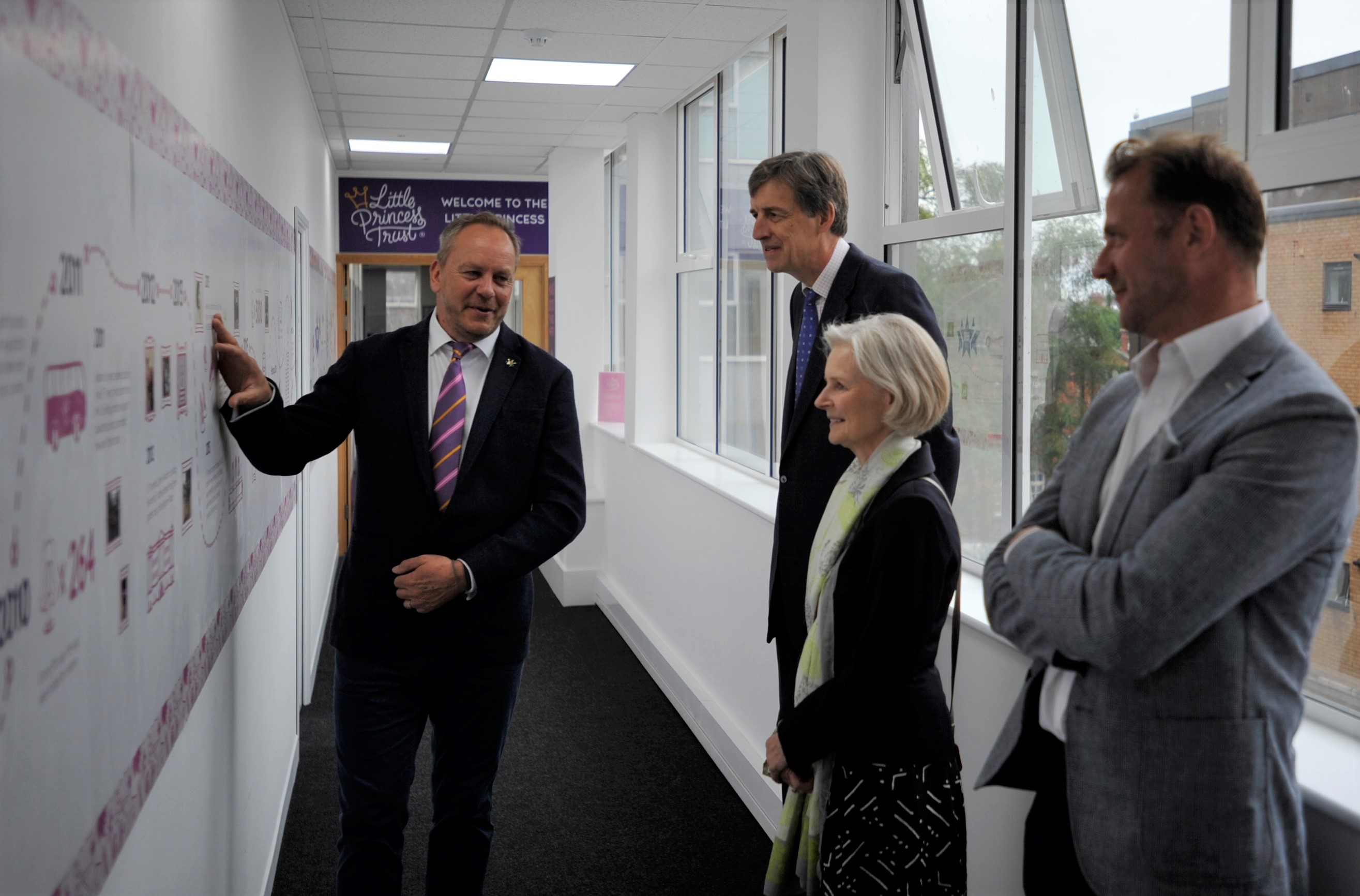 The Lord-Lieutenant asked many questions during his visit when he was also introduced to the charity's staff and shown the hair sorting process. 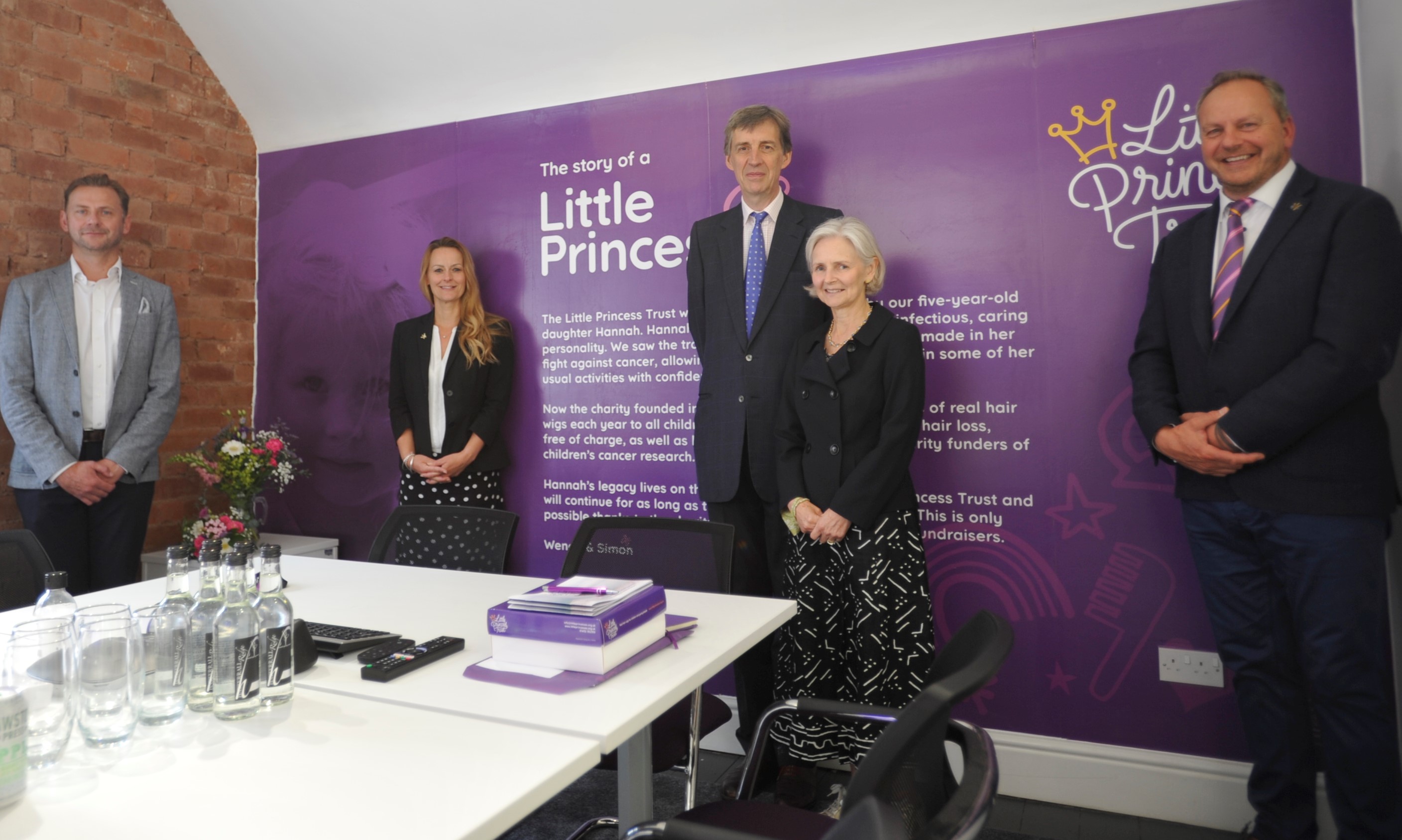