LEDBURY Rugby Club will launch an eye-catching new kit later this month to celebrate its links with The Little Princess Trust.

The purple and pink strip will be worn for the first time when the first team welcomes Bekswell and Balsall to their Ross Road home on February 29.

The aim of the new kit, sponsored by Hereford Pension, Investment and Mortgage Centre, will be to raise the profile of The Little Princess Trust while promoting the fact that we offers our services to children of all genders.

On the day when Ledbury Seconds also host Spartans, a two-course Captain’s Lunch will be held to promote the rugby club’s support of The Little Princess Trust and its work providing wigs to children who have lost their own hair through cancer treatment.

Funds have already been raised for the charity through Bruce Allcock’s Movember challenge while teenager Jay Smith will be doing his bit by having his long locks cut and donated to the charity.

The under 16s hooker – and occasional prop forward – has not had a hair cut since he was six and so the lengthy donation will certainly help The Little Princess Trust as it seeks to meet a demand for longer wigs.

He has already raised more than £1,300 in sponsorship for the big cut while other supporters can add to the total by visiting his Go Fund Me fundraising page.

The money will not only pay for the making, styling and fitting of a wig but will also help The Little Princess Trust fund vital research into childhood cancers.

Phil Brace, Chief Executive at The Little Princess Trust, said he hoped the partnership with Ledbury Rugby Club would help to end one of the commonly held misconceptions about the charity.

He added: "We hope the new away shirts worn by the men's first team will not only boost our profile but also highlight the fact that our wigs are for all children"

Roger Bateson, chairman of Ledbury Rugby Club, said all his fellow committee members, players and coaching staff were “immensely proud to help in raising funds for those less fortunate”.

He added: “To be linked with a local charity like LPT, that has an increasingly global reach for young people in retaining a sense of normality throughout their cancer treatment, as well as pioneering the search for cures, is core to the community efforts of the Club.

“We wish all involved at LPT the best of success, but more importantly wish all those in need of their services a speedy recovery.”

Tickets for the lunch, which will be hosted by club captain James Seager and feature an auction, raffle and presentation from Mr Brace, are priced at £15 and can be bought by calling 01531 631788 or by emailing enquire@thepavilionrooms.co.uk

The lunch starts at 12noon before the action gets underway on the pitch at 2.15pm.

Meanwhile, to support Jay and his big cut, visit  http://www.gofundme.com/f/ledbury-rfc039s-campaign-for-little-princess-trust

Anyone else with hair in excess of 12 inches can join Jay and get their hair cut for free by one of the top stylists at Megan’s Place before donating their long locks to The Little Princess Trust. Call James Seager on 07901761656 for more details. 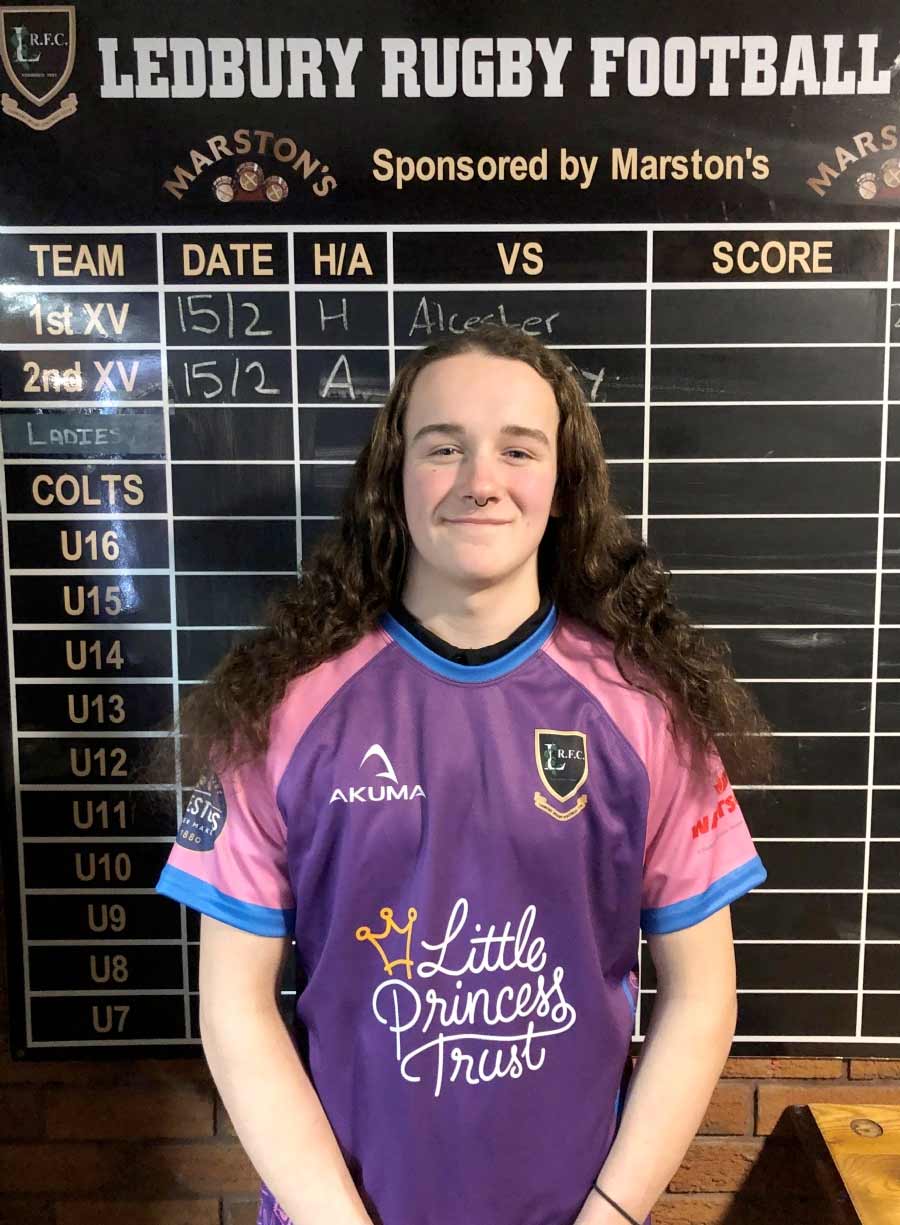