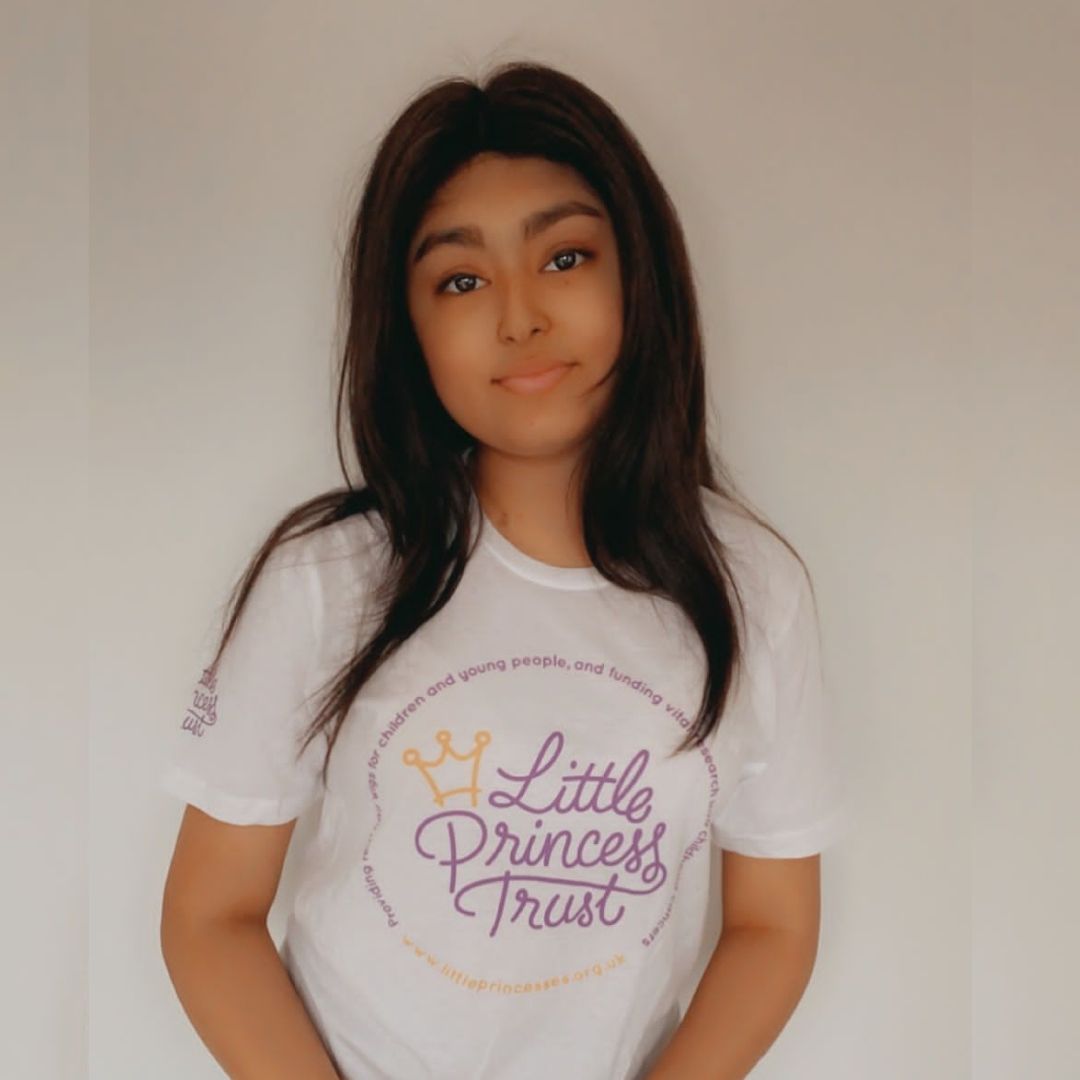 Teen who donated her hair to LPT is now a wig recipient and an ambassador for LPT.

15 year old Kiya Kanani was diagnosed with Stage 4 Hodgkin’s lymphoma in April 2021.
This was especially difficult for her as she was taking her GCSE’s at the time.
In April the previous year, Kiya had cut her hair and donated it to The Little Princess Trust to be made into a wig.

As part of her efforts, Kiya has been fundraising for The Teenage Cancer Trust, The Little Princess Trust, Hope Against Cancer and Children’s Cancer and Leukaemia group. To support Kiya’s fundraising, click here.

The teen hopes to inspire others to donate their hair to a wig charity and has been trying to raise awareness of rare cancers. Kiya spoke to BBC Radio Leicester about cutting her hair, “It’d be nice to give it to someone who needs it, instead of it just going in the bin and not being used. I don’t think people would have thought to give it to charity but it honestly makes a difference to someone’s life. Hopefully I can raise more money for the charities. Even after my treatment I want to continue doing stuff for all the amazing charities that have helped me.”

With Kiyas wonderful story and hard work promoting LPT we have asked her to become a community ambassador. She is already raising awareness for the charity, encouraging hair donations and ensuring any other young people that may need the support from LPT know where to look.

Kiya also has some famous supporters!

Scotland Football Captain and Liverpool left-back Andy Robertson told Kiya in a message: "It's so important for you to keep strong and keep fighting. You'll never walk alone."

Wendy Tarplee-Morris, founder of The Little Princess Trust, said: "We know this must be an incredibly difficult time for Kiya so we are extremely grateful to her for thinking of us and supporting the charity, both prior to her own diagnosis and since."

You can order a fundraising pack here.