The Little Princess Trust teamed up with another charity to signal the reopening of the B&M store in Hereford.

The shop underwent an extensive 12-week refit program and had been closed for five days leading up to the relaunch.

Shoppers were particularly pleased, therefore, when Little Princess Trust co-founder and research manager Wendy Tarplee-Morris cut the ribbon to declare the store back open on Friday.

She was joined at the store by LPT chief executive Phil Brace and Angela Tyler from the ELY Memorial Fund.

The ELY Memorial Fund was set up by Angela in memory of her daughter Emma Louise Young. She tragically died in a road accident, aged just 23, and the charity offers a one-off payment towards funeral costs for families in Herefordshire if they lose a son or daughter aged between 17 to 25 in a road traffic collision.

B&M bosses thanked the two charities for their efforts by giving them vouchers to spend in the store off Holmer Road.

The new shop in The Little Princess Trust's home city of Hereford now has longer opening times and will be trading from 8am to 8pm from Monday to Friday, from 8am to 6pm on Saturday, and from 10.30am to 4.30pm on Sunday. 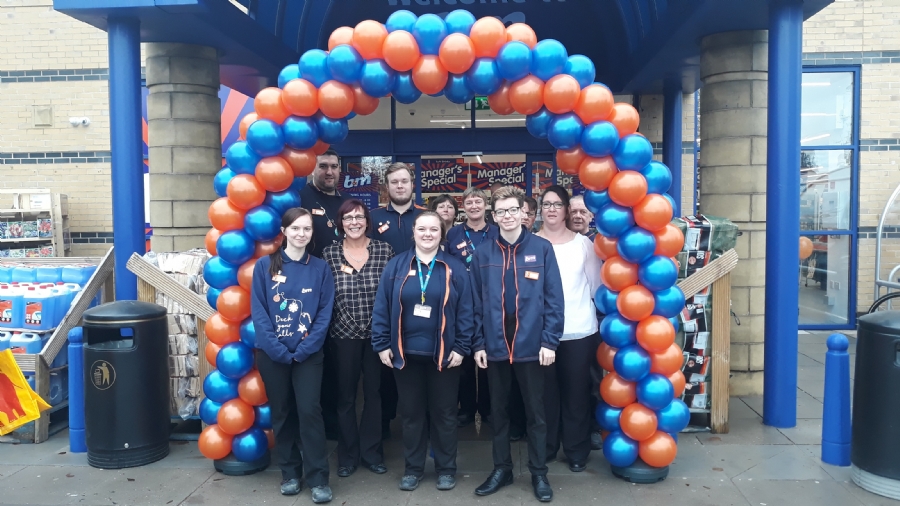