Emotive reasons for the creation of SuperDaisy 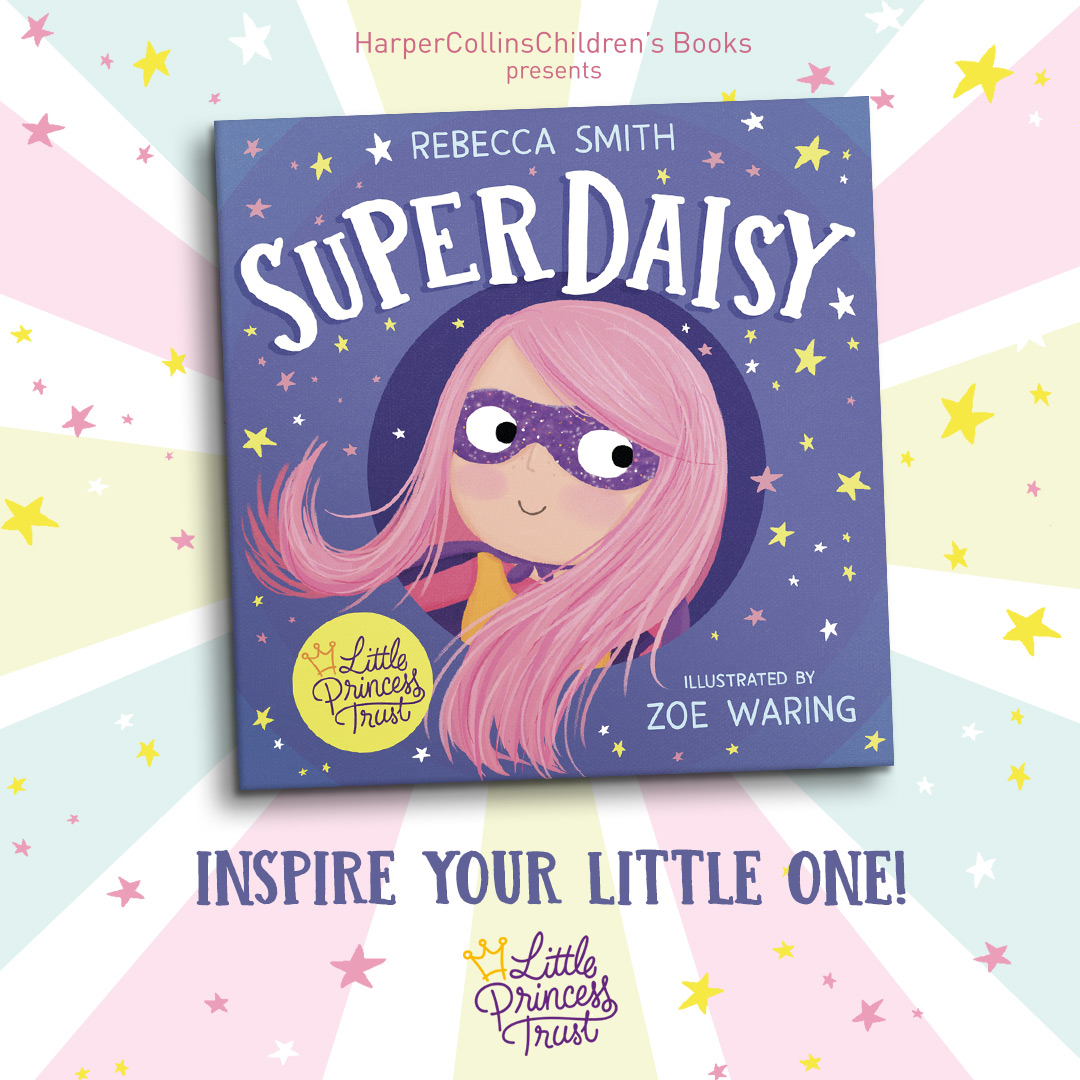 SuperDaisy is now on sale in shops across the country - with profits from sales coming to The Little Princess Trust! Author Rebecca Smith explains below the emotive reasons behind the book - and how she hopes it will make a difference to fight the injustice of childhood cancer.

Just two months after her second birthday my daughter’s close friend Daisy was diagnosed with Langerhans Cell Histiocytosis – a rare disease classed under the cancer umbrella.

The rarity of LCH means that diagnosis often comes too late and Daisy was very ill indeed.  That night, overwhelmed by a sense of utter helplessness, I did the only thing that I could in order to process the devastating news.  I sat down to write.

SuperDaisy was born of a desire to do something helpful in a time of despair, to provide a story of hope for children like Daisy and a resource for all young children grappling with the reality of serious illness.

I wanted to create a story that provided parents and carers with a way in and out of challenging conversations about childhood cancer, emphasising the extraordinary strength of character discovered by children facing this ordeal.

But SuperDaisy took longer than I expected to finish.  Call me superstitious but it was simply impossible to write an ending before knowing how Daisy’s real-life story would develop. 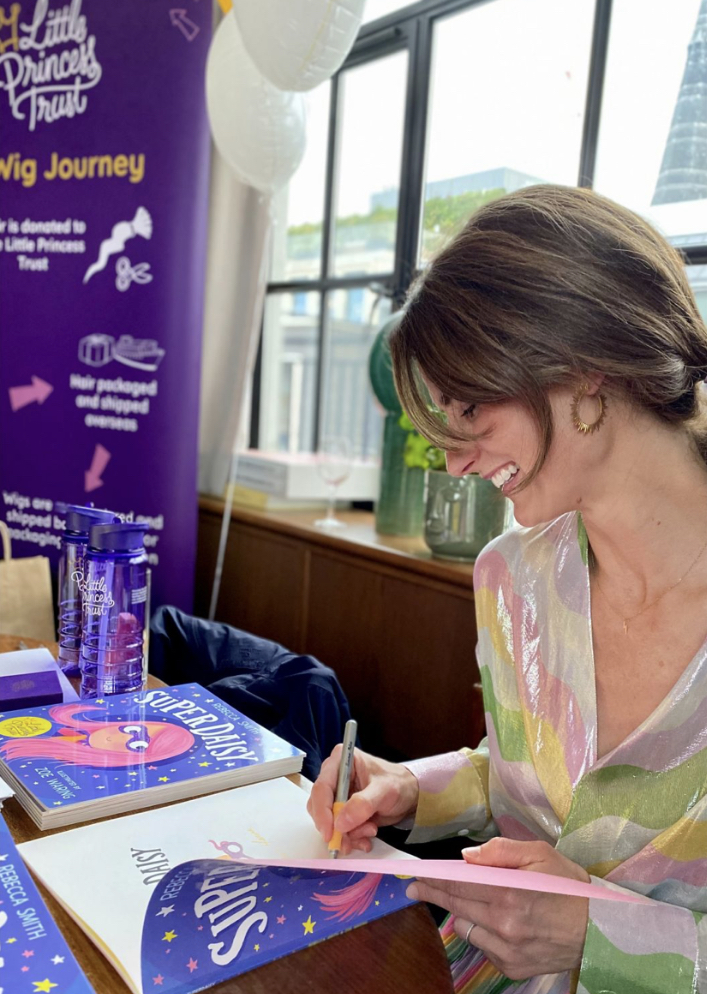 Two years from diagnosis, Daisy was on a firm footing having responded well to chemotherapy.  I shared the completed text with The Little Princess Trust.  Could this story be genuinely helpful for children and families facing the devastation of childhood cancer?

That first visit to LPT was overwhelming. It is a charity built on an unfaltering foundation - Wendy and Simon’s unconditional, enduring love for their daughter, Hannah.

I believe in SuperDaisy's ability to empower children.

The power of that driving force is the life blood of the charity, permeating everything that they do.  You feel it when you are there and it stays with you.  Seeing the boxes of donated ponytails and recognising that every hair donation has a story – people don’t cut of their long locks and donate them without reason – left me literally weak at the knees.

Yes, was the answer.  Yes, the story would be helpful, not only for children with cancer and their families but also for healthy children confronted with the reality of cancer. And there was no book like it out there.

Emboldened and determined, within weeks I found myself meeting the team at HarperCollins.  There was no to and fro, no question or delay, SuperDaisy would be published with all profit going to The Little Princess Trust. 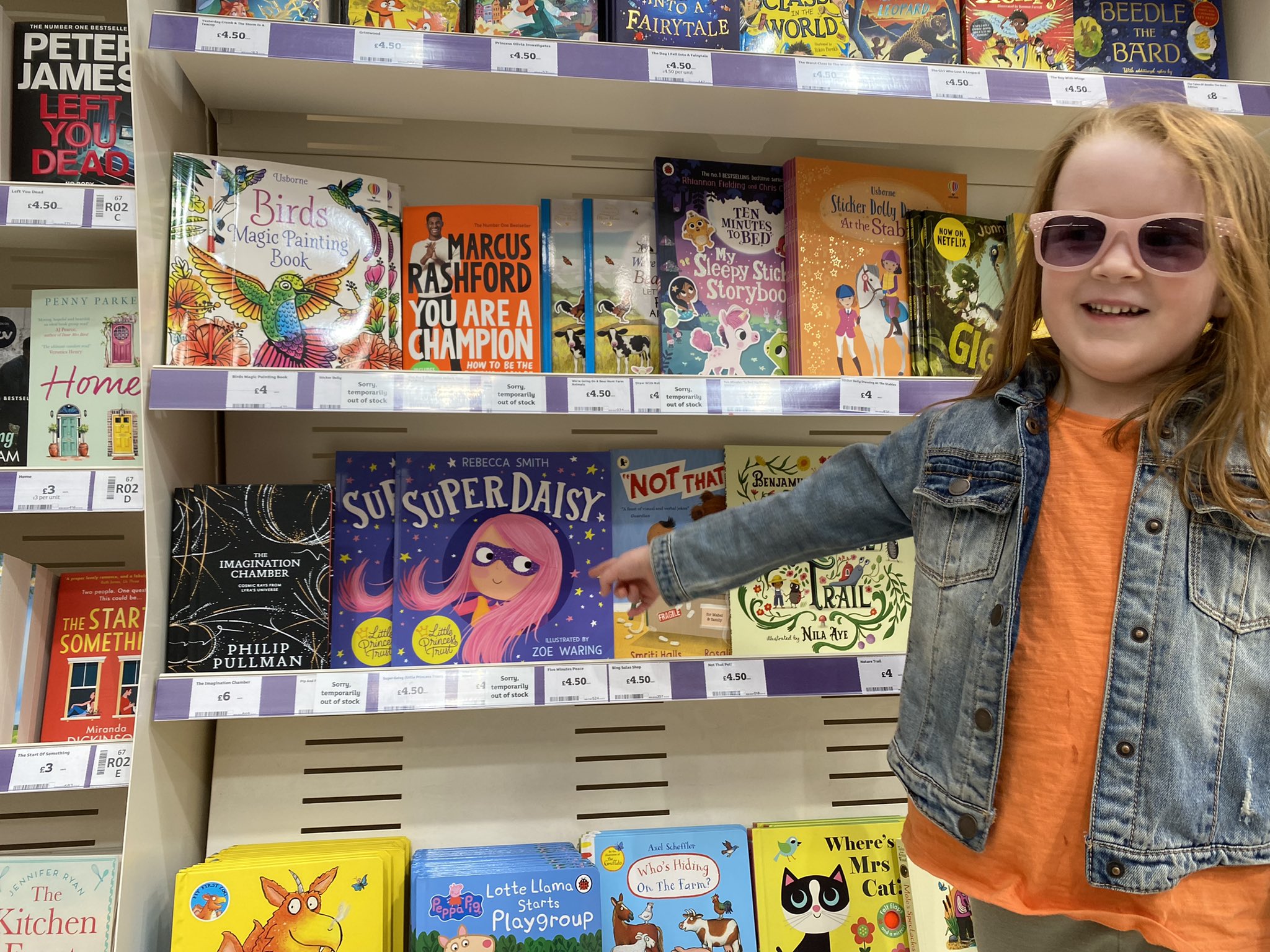 Surrounded by the books of inspirational children’s authors, Ann Janine Murtagh, Executive Publisher at HarperCollins Children’s Books told me: “When you believe in something you must follow your heart.” Ann Janine believed in SuperDaisy.

I believe in SuperDaisy.  I believe in her ability to empower children. I believe in her power to fight the injustice of childhood cancer, on the page and through the funds she raises.  She has strength of character beyond that which I wrote for her.

Zoe Waring has done the most magical work in her perfect illustrations. But still we both agree that there is more to SuperDaisy than could ever be fully captured on the page.

She has a spirit of her own – strong and just and courageous - just like those children that she represents. She is ready to launch into the world to fight things that are not fair.

Everyone who buys her book joins Daisy and The Little Princess Trust in that fight.